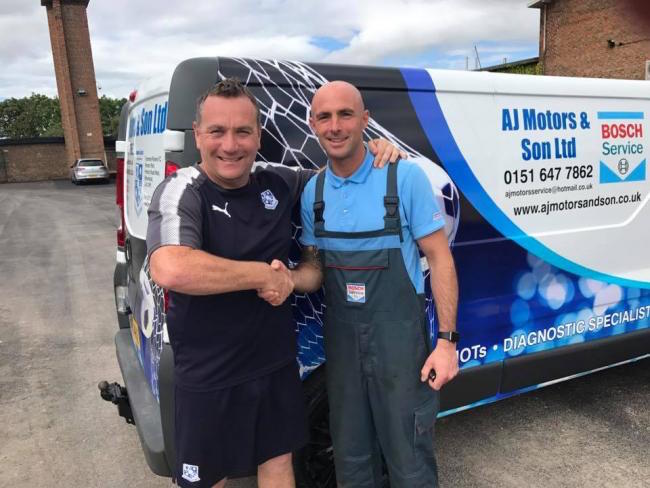 AJ Motors and Son Ltd have handed over a special sponsor kit van to Tranmere Rovers ahead of the new season.

AJ Motors have had a fleet management contract with the company for around 15 years, wanted to give something back to the club and show their support for the upcoming season.

Steve Jones (co-owner) said: “My brother Mikey started out with Tranmere when he was starting his footballing career, he made one first team performance before moving on.

“So we’ve had a longstanding relationship with the club.

“We’ve basically been doing contract vans with the club for around 10 or 15 years, they approached us asking for a kit van and of course we offered.

“It’s all about giving something back to them, they’ve done a lot for us.

“It was brilliant to meet Micky Mellon and all of the back room staff, who are doing such a fantastic job.

“On behalf of all the staff at AJ Motors and Son Ltd, we would like to wish Tranmere Rovers all the very best for the new 2017/ 2018 football campaign and in their attempt to achieving automatic promotion back into the Football league, where they belong.”

Tranmere tweeted to thank the company, they said: “We would like to say a huge thank you to AJ Motors for providing us with a brand new kit van for the new season.”